Success and respect come in the form of other people, perhaps even complete strangers. 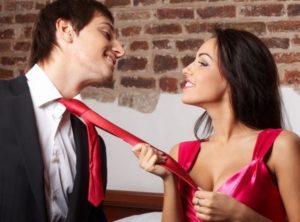 Rare is it in today’s world that success will happen in total isolation. No surprise that some of the most successful and respected individuals know a thing or two about how to deal with others. The ability to communicate and influence others’ way of thinking, and to actually transform their opinions, is an invaluable life skill.

The obstacle of attaining this life skill is one that everyone faces. Anger, selfishness, and pride all work against our better judgment. The idea is to become proactive, to work toward a resolution rather than toward your own base desires; which will come under fire the more it conflicts with other desires; and so on, until it comes full circle. Disagreements add more fuel to the fire, until neither party is able to influence the other. To be proactive means to step back from the situation, and to examine it from a different angle. Chances are you want your way simply because, well, it’s your way. Consider the fact that the other person thinks the same. So be proactive and negotiate yourself out of a one-way street that’ll lead to zero resolutions; because while you may get the other person to agree, have you really influenced their opinion?

How can that be? The way to peoples’ hearts, the way to influence their opinions, is not to impose your will onto theirs’. They first need to see the light before they alter their mode of thought. Approach your opinion as though it were a scientific method, without the pride of being right. It is that very possessive nature that creates disapproval in people. And unless you’re in a scientific or highly technical environment, approach the discussion as if it had multiple resolutions. Step outside of yourself and join the team.

The idea is to influence others, rather than simply imposing your will. Become impersonal if you have to; all the better to swim through a sea of ideas and opinions, without the risk of being offended. Assess the problem, and not who said it. A proactive person is more concerned with a resolution than with retribution. The point remains to be said that other variables are at stake, and that “your” viewpoint is not the only path. This does not mean that you cannot disagree. Disagreements are inevitable; but there is a sharp contrast between a personal disagreement and a holistic disagreement. Chances are that a holistic disagreement is a lot more convincing, and more respectable, than a personal one. Because when holistic matters become too personally charged, it becomes detached from a holistic resolution.

The ability to communicate with others is not as vague as it sounds. The abilities to influence and to disagree are the two principle components of a born leader. Because being “right” is only as good as getting the person to agree.

This site uses Akismet to reduce spam. Learn how your comment data is processed.